During my time living in Barcelona, I’ve met many Europeans who have traveled to the US. I always ask them where they chose to go, curious as to which places enticed them.

The truth is, with rare exceptions, I know the answer to my own question. Inevitably most respond California (Los Angeles + San Francisco), Las Vegas, the Grand Canyon, or New York and Florida.

These are the big dogs when it comes to tourist attractions in the USA, and perhaps for good reason, though my heart always sinks a little thinking about all they’ve overlooked. What about the smaller cities? Or Yellowstone? Or highway 101 between Washington and California? I could go on and on.

However, the same is true in Spain. The big tourism spots get most of the attention leaving many overlooked regions ignored by vacationers. While Barcelona, Madrid and Seville definitely warrant a visit and live up to the hype, savvy travelers will allow time to wander the road less traveled. Here are eight destinations in Spain that deserve more love.

Hike around a volcano crater in Teide National Park on Tenerife. Photo: Raico B.

The largest of the seven Canary Islands, Tenerife is situated just off the western coast of Africa. The island is best known for the spectacular volcano that rises up from the middle, the formidable Mount Teide. The volcano, and some of the area surrounding it, make up a World Heritage Site and are part of the larger Teide National Park. It’s easy to get to the top of Teide by catching a ride on the tram and then trekking a short distance to the crater.

Though Teide is by far the most impressive destination on Tenerife, the island offers much more than mountains. It’s also popular with beach bums and anyone who seeks year-round warm weather. Canarian food is different (and delicious) from mainland eats and sipping some locally produced wine is a good way to spend an afternoon.

While the Canary Islands are popular with Northern European tourists, they are largely overlooked by visitors coming from outside Europe. There are direct flights from Madrid or Barcelona, and then flights and ferries between the seven islands.

Related: Cheapo guide to the Canary Islands and search hotels in Tenerife

The grand Alhambra in Granada is a highlight of any trip to Spain. Photo: RaMaOrLi

Seville tends to get more attention than Granada, but it’s fairly easy to visit both when you make a trek to Andalusia. The main draw in Granada is the Moorish palace La Alhambra, a UNESCO World Heritage Site, and one of the most important architectural wonders in Spain (find out how to get Alhambra tickets, even at the last minute). The city will appeal to those on a budget because tapas are served free (yes, free!) in bars whenever you buy a drink. This custom is true in other parts of Spain, but not in big cities like Barcelona, Madrid and Seville.

Another good reason to visit? There are several affordable hotel options, with many in the €50-100 range.

Costa Brava has a rugged but beautiful landscape. Photo: Santi

This region of Catalonia teems with adorable villages and snug, sandy coves unrivaled for swimming. Found about an hour north of Barcelona, Costa Brava is easily reached by car and worth the extra effort needed to rent wheels and navigate Barcelona traffic.

There are many sweet spots along the Costa Brava, and it would not be a bad idea to start at the French border and slowly make your way down the coastline, stopping wherever you feel compelled to for lunch and exploring. However, if you’re short on time make sure to have a paella along the shoreline in Cadaqués, wander ancient alleyways in Peratallada, and go for a hike to discover hidden beaches in Cap de Creus Natural Park.

One of the most ignored areas of Spain, Asturias offers up some of the best food in the country, including hard cider and excellent cheeses. You’ll find the Picos de Europa located here, a jagged mountain range providing some of the country’s top hiking. Along Asturias’ lush coastline, uncrowded beaches beckon vacationers in the summer months.

There is one caveat: book your hotel in Asturias and come in the summertime when the weather is good, otherwise, this area is known for being rainy and overcast. 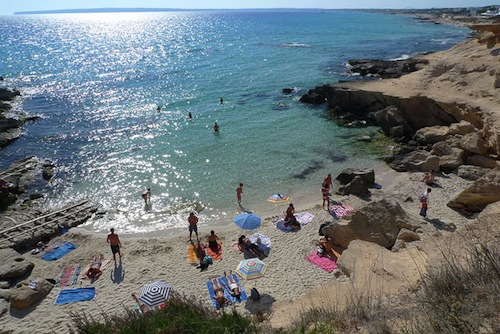 Get away from it all with a beachy trip to Formentera. Photo: Nacho Pintos

Transparent water and sugary beaches surround the smallest of the Balearic Islands. Known for its hippy and alternative culture, Formentera will please those who dance to a different drummer and anyone looking for a quiet slice of paradise. This is not the place to come to for wild parties (stay in Ibiza for that), but for a peaceful vacation away from the crowds and an opportunity to connect with nature.

To get to Formentera, take a plane or ferry from Barcelona to Ibiza and then a ferry to the island. Its remoteness is part of the reason it is so special. Search for hotels in Formentera. 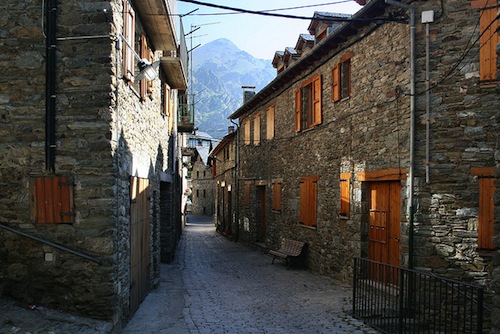 Queralbs is a mountain village in the Pyrenees with unique slate buildings. Photo: Jorge F.

From May to October head to the Pyrenees, which separate Spain and France, for hiking, poking around mountainside villages and dipping your toes into alpine lakes. There are numerous villages worth seeking out, but some of the best are found in Catalonia. For a unique base camp book a few nights in Queralbs, a town built of slate cobblestones and a good place to pick up the six-kilometer trail to the Núria Valley, a moderate day hike.

If you’re not up for trekking, see the region by car. Stop off in Llívia, a little hamlet which belongs to Spain in the middle of the French Pyrenees. Ribes de Freser, a larger town with a tumbling river cutting through its middle, also makes for an idyllic lunch spot. From Ribes de Freser you can also catch a funicular up to the Núria Valley.

The Old Town of Santiago Compostela is one of the world’s most gorgeous urban areas according to UNESCO. Photo: J. A. Alcaide

For the best of Galicia, walk the last 100 kilometers of the Camino de Santiago and to get a taste of pilgrim life while experiencing the remote hamlets through which the trail winds. Even if you’re not interested in walking Spain’s most famous trail, plan a trip to the Camino’s endpoint, Santiago de Compostela, a university town rich in history and architecture.

Galicia is well known in Spain for its seafood and white wine, so make sure to eat well (and cheaply) in La Coruña or Vigo. Plus, Vigo is the perfect port from which to catch a ferry to some of Spain’s prettiest islands, Las Islas Cies, and spend a day at the beach. 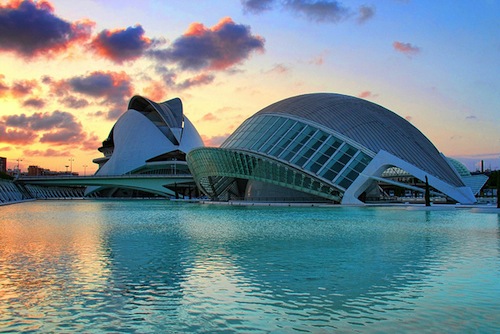 Sunset over the innovative City of Arts and Sciences in Valencia. Photo: O Palsson

Surrounded by long, beautiful beaches, Valencia is one of the biggest cities on Spain’s Mediterranean shoreline and an excellent cheapo destination. The city has an interesting downtown, fabulous food (this is where paella was invented) and the enormous City of Arts and Sciences (La Ciudad de las Artes y las Ciencias ) complex designed by Santiago Calatrava.

Valencia is much smaller than Barcelona, and therefore, it’s much more manageable and less overwhelming. Check out our guide for visiting Valencia on a budget.

Search over 400 hotels in Valencia

There are many other cities and regions that deserve a place on this list. After all, I haven’t even mentioned the wine of La Rioja, the white villages of Andalusia or the beaches of the Basque Country, which are rugged and popular with surfers. Save time during your visit to Spain for overlooked cities and small villages, because it may just be that in these ignored places you have the most memorable experience.