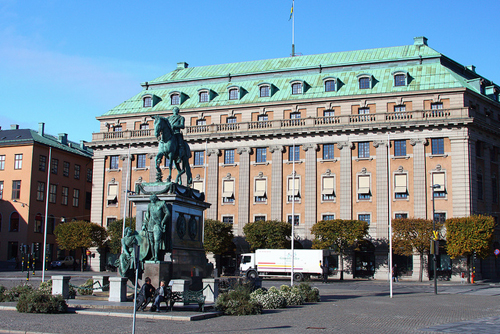 In recent years the Swedish government has tried to make most state museums free, including several in Stockholm. This follows in the footsteps of a failed experiment in 2006 that tried to make all museums in the city free.

Luckily, Stockholm’s museums continue to draw crowds, even if those crowds now have to pay to get in. The Stockholm tourist board boasts that the city has over 70 museums, and for the Cheapos out there, some are still free to the public. Many museums offer free entry to children, which tends to be anyone under the age of 19. (Just be sure to ask before you waltz in.) Others offer discounts for students and retirees. Still, others open their doors free to the public for a few hours every week.

Here’s a quick rundown of ten museums in Stockholm that are easily reachable by bus or subway. All ten are free to the public no matter your age or the day for that matter. So check-in at one of our favorite hotels and start exploring:

The Museum for the Performing and Visual Arts focuses on dance and theater from various cultures; they even offer live performances at times. Check the upcoming calendar for the latest events.

This living history museum provides a haunting look at crimes against humanity (the Holocaust for example) that aims to remind people of the past in order to avoid such events in the future.

This space is a gallery that works with contemporary art of various forms. Färgfabriken offers plenty of exhibitions as well as workshops for those interested in getting their hands dirty.

It’s worth the trek to this beautiful park to see the Haga Park Museum. Photo: truusbobjantoo

Quite a distance from the city center, the Haga parkmuseum describes the history and architecture of the surrounding park. The park itself is beautiful and includes the ruins of Gustav III’s unfinished castle.

The famous Kulturhuset offers temporary exhibitions throughout the year (we’ve written about it before), everything from photography, theater, and comic books. Not all exhibitions are free, but there is always something open to the public.

The National Library of Sweden is always free to explore. Photo: Fredrik A

This museum, also known as the National Library of Sweden, is home to the Codex Gigas, often referred to as the Devil’s Bible. Unfortunately, the Codex Gigas is not viewable by the public; however, the collection of historical documents is still impressive.

You’ll have to take the bus to get out there, as it’s located near an industrial shipyard. However, the location of the Magasin III art museum only adds to the atmosphere and the various contemporary art exhibitions that are displayed.

The Museum of Medieval Stockholm offers a look at Middle Ages Stockholm set in an underground building just a stone’s throw away from the royal castle. The only visible remains of Stockholm’s medieval city wall are located, still intact, in the museum. There is even a medieval tunnel from the museum to the castle, which is very much closed to the public. Stockholm City Museum is another freebie that shouldn’t be missed! Photo: arjanrichter

Stockholm’s City Museum provides a quick look at the history of Stockholm from the past to the contemporary issues dominating the city today. If you’re new to the city, it’s a great place to get your bearings.

This Swedish Customs Museum offers plenty of exhibitions about the history of customs in Sweden. Of course, when it comes to customs, it tends to be the smuggling that is interesting, and the museum focuses much of its efforts on smuggling and anti-smuggling displays.