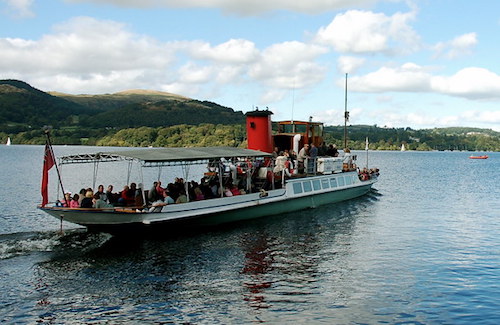 The Lake District is one of the most significant tourist destinations in the United Kingdom, taking in a whopping 15 million visitors every year. Located in Cumbria in the northwest of England, it is flooded with lots of different types of tourists.

Outdoorsy nature lovers comprise one significant stream, as do the literary-minded – above all else fans of Beatrix Potter and William Wordsworth.

For all of its beautiful countryside, England isn’t really a fall colors destination, though one overhears plenty of comparisons to New England in the Lake District in the autumn, and these comparisons are fair.

In the autumn months, the Lake District becomes a wet splendor, dripping with fall color and, well, rain. The region cradles the season in strong golds, reds and yellows. It’s captivating yet somehow understated. Tourist numbers dip in the off-season as well, and rates come down from their July and August highs.

Visiting the Lake District in fall

Here are five tips for making the Lake District work for you in the off-season.

When it comes to the lakes themselves, consider opting out of a car rental and basing yourself at one or another lake. Traveling by car will mean getting wet and dealing with navigation hassles. Four lakes can be navigated on luxuriously slow, lumbering cruises.

Glide through the Lake District with Ullswater Steamers. Photo: Simon

2. Bus tours – and buses as transportation

Bus tours can be booked by a company called Mountain Goat Tours, which operates daylong tours. In the off-season (November through Easter) the number of tours on offer shrinks to just two, but these are, arguably, the essential two: the Ten Lakes Spectacular (£39) and the Beatrix Potter & William Wordsworth’s Countryside (£35).

For general bus travel around the region, there is the North West Explorer day pass, which costs £11.50 for adults (£8.50 for children) and allows travel on buses throughout Cumbria and beyond.

Get sugared up. The Lake District is known for the Kendal Mint Cake, a block of sugar cooked with peppermint oil that became a favorite of outdoor enthusiasts. Think of it as an energy booster. Or as candy. Your choice.

Bed down in the lap of value, at Rooms at the Apple Pie in the village of Ambleside at the head of Lake Windermere. The rooms are a literal add-on to a successful local café-bakery. Eight rooms, all en suite, are simple but cheery. Doubles begin at £60 and dip to £50 per night for midweek stays of two nights or more.

Search for more hotels in Cumbria and the Lake District.

Plan a stay at Rooms at The Apple Pie for Lake District charm.

5. Escape the rain with Peter Rabbit.

If the weather is just too terrible to explore, there’s the World of Beatrix Potter Attraction in Bowness for fans and the generally curious alike. There is a short film, a virtual walk through the surrounding countryside, various displays (or “areas”) devoted to various of Potter’s characters, and a shop and tearoom. Admission is £7.95 for adults and £3.95 for children.