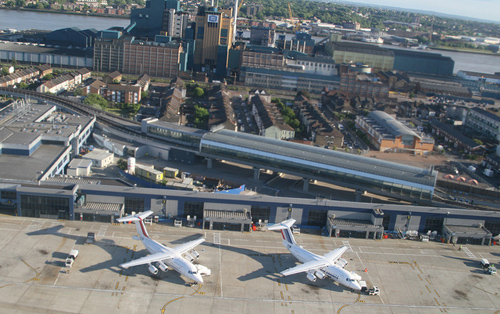 London and Paris are two of Europe’s biggest tourist destinations, just a few hours away from each other by road or rail; about an hour’s distance in the air. Barring car travel, there are three ways to make the journey from London to Paris: by air, by rail and by road.

But what about the train-ferry combination, the one many may recall fondly from their childhoods? It is still feasible, but these days. it is not a streamlined option. You’ll need to purchase train and ferry tickets separately and finesse train station-port transportation on your own. The journey will also take 10 hours, so it’s best to leave that option to your memories. Instead, here are some more affordable ways to get from London to Paris and back again.

Affordable Travel From London To Paris

Here are the most viable and cheapest ways to get between these two European centers.

Air: Fast but not so efficient

Though flying between London and Paris is by no means our recommended mode of transportation — the distance is simply too short to warrant the hassle, not to mention the carbon expenditure — there are a few ways to get between these two dynamic capital cities by air. These days the Paris-London route is used disproportionately for passengers connecting on to a long-haul destination, with the exception of business travelers flying in and out of London City Airport. That said, we did find one-way fares starting at $49 searching a few months in advance, but of course that doesn’t include all of the rail or taxi fares in between the airports and the city center.

• From London Luton, easyJet flies to Paris-Charles de Gaulle. You can find one-way fares two months in advance for as low as €49 ($52).

The only direct train linkage from London to Paris these days is the Eurostar, which travels between London’s St. Pancras International and the Gare du Nord in Paris 15-17 times per weekday. The trip usually takes two hours and 15 minutes with maximum speeds of up to 186 mph, however Eurostar started rolling out brand new trains in late 2015 that can make the journey in only 2 two hours at speeds of up to 200 mph.

From London, return Eurostar London to Paris fares begin at a very reasonable £58 round trip ($76) (between midday and midnight on a Monday; anytime on a Tuesday, Wednesday or Thursday; and between midday and midnight on a Saturday). Booking nonrefundable tickets as far as possible in advance (up to 120 days) is your best bet for finding this low-cost fare. The cheapest tickets sell out first, so the earlier you book, the more you save.

For those who don’t need their sleep, there is also a cheap NightClubber ticket. It restricts travel from late Saturday afternoon onward, with a return commencing on Sunday morning before noon; these also tend to sell out far in advance.

Looking for the cheapest possible way to get to Paris from London? You can’t beat the bus. Photo: wirewiping

One-way Eurolines fares begin at €15 ($17). The Eurolines terminal in London is Victoria Coach Station; the Paris terminal is Gallieni.

OUIBUS (formerly iDBUS), a subsidiary of French train company SNCF, is a more comfortable option, with good legroom and sockets. Fares begin at €15 for a one-way journey — promotional one-way fares can dip even lower. In The OUIBUS terminal in London is Victoria Coach Station; the iDBUS Paris terminal is Paris-Bercy.

How do you prefer to travel from London to Paris? Have any tips on ways to save on any of the transport options listed above? Share your tips with us in the comments section!

The post The cheapest way from London to Paris: Planes, trains & buses from £10 appeared first on EuroCheapo's Budget Travel Blog.